Recently, I’ve prepared a lot of dishes from white meat. I hardly used any red one.

It will not be a long-term thing though because, as you might guess, if you’re writing a culinary blog, you need to have diversity in food to please your readers 🙂

Nevertheless, the meat is mainly chicken but not only, as I also included some turkey, which can always be found on my plate at least a few times per week.

It is a fact that if you eat something too often, it gets boring quickly. So, I am always looking to make small adjustments in dishes with white meat.

I made the simplest dish in the world: chicken in sauce. For a change, the meat was marinated in two different marinades: a spicy one and a curry. To each what he or she prefers.

How to make chicken two ways.

Cut the chicken meat into cubes, split them into two parts and put each portion into separate bowls.

Add the curry spice, yogurt and salt to the first half. Mix thoroughly and leave it aside for 30 minutes.

Add the chili sauce, salt and yogurt to the bowl with the second half of the chicken cubes. Mix and leave it for 30 minutes.

After 30 minutes, put the meat portions into two separate pans. Fry over medium heat for a few minutes until they soften.

Cut up the red paprika and put them into a pot. Add salt and coconut milk. Cook on low heat until the paprika slightly softens. Split the finished sauce into two parts – pour one half on the chicken fried in the curry marinade and the other half over the chili marinade chicken.

Serve with rice and sprinkle the top with a sliced spring onion.

Good to know when making chicken in sauce.

I cut the chicken into medium-sized cubes. You can of course marinate whole breasts as well.

I used red paprika but you can easily add other vegetables, such as corn or zucchini.

Do you like chicken? If yes, try our recipe for Chicken bites with garlic sauce. 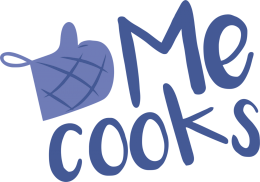